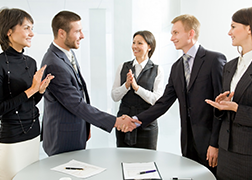 Trade is not limited to the trade of goods. The following is qualifies as trade items for an E-1 Visa: goods, services, international banking, insurance, transportation, tourism, technology, and its transfer and news-gathering activities.

Must engage in duties that are executive or supervisory in nature or if engaged in lesser duties than they must have special qualifications, and

Duties would be considered to be executive or supervisory in nature if they allow for the employee to have ultimate control and responsibility of the entity’s overall operations or a major component of the entity. An employee would be considered to have special qualifications if those skills are essential to the operations and business of the entity. Examples of special qualifications are, but not limited to: expertise in an area of operations, the rarity of the skills possessed, salary, and the lack of availability of these skills in the United States.

A trader may only work for the entity and the job discretion for which they have been approved. An employee, however, must only work in the position for which he was granted the E-1 visa but may work for the entity’s parent company or subsidiary. This is only allowed when the subsidiary has a necessity for the employee given his position and/or special qualifications. The dependents on an E-1 visa are not required to work for the petitioning entity. In order to work, they must file for work authorization. Upon its approval, they are free to work for whomever they like.

E-2: This visa is available to nationals from a foreign state that has signed a Commerce and Navigation Treaty with the United States. This visa requires that a substantial investment be made by the investor in order to qualify for the E2 visa. This visa is available to certain employees of the investor or qualifying organization. The visa is valid for a two year period and can be renewed indefinitely so long as the original criteria are still satisfied.

To qualify for E-2 classification, the treaty investor must:

A principal alien employer need not be an individual. An entity may be the petitioning alien employer for an employee so long as 50% of the ownership of the entity is made up of individuals that hold the same nationality of the treaty holding foreign state. A position is considered to be executive or supervisory in nature when the position holds control of the entity’s operations or a major component of it. To hold special qualifications, an employee must hold skills that are considered to be essential for operations or the success of the invested entity.

Spouses and children under the age of 21 are eligible for a dependents visa based on the E-2 visa holder. It is not required that spouses and children be of the same nationality as the E2 visa holder. Spouses may also apply for a work authorization permit; however children under the age of 21 may not apply. Spouses are not restricted to work for the entity invested in, their approved work permit allows them to work freely.

The first step in this lengthy process is that the investor must make, or in the process of making, a substantial investment into the United States economy. He must make an investment of $1,000,000 into the United States economy unless he invests in a targeted employment area which requires an investment of $500,000. A targeted employment area is defined as at the time of investment, a rural area or an area that has an unemployment rate of at least 150% of the national average rate. An investment of either $1,000,000 or $500,000 is no small fleet. Therefore, the statute allows for multiple investors to meet this requirement provided that the commercial enterprise is principally doing business and that the investment made by each individual seeking an EB-5 Visa creates 10 jobs for qualified U.S. workers.

The investor must make his investment into a commercial enterprise by:

Purchasing an existing business that results in a new commercial enterprise through simultaneous/subsequent restructuring or reorganization,

Investing in a troubled business,

Investing in an enterprise that will expand the net worth or number of employees by at least 140% from its pre-investment value, or
Investing in a Regional Center.

As stated above, the amount that must be invested in the new commercial enterprise is determined by where the investor makes his investment. The investor is not required to invest more than $500,000 if he makes his investment in a Targeted Employment Area. Congress has required USCIS to reserve 30% of the EB-5 Visas allocated specifically for Targeted Employment Areas.

Next, the investor must obtain an approved I-526, Immigrant Petition by Alien Entrepreneur. Then he, and his dependents, must either apply to adjust their status (I-485) in the United States through USCIS or apply for an immigrant visa (DS-230) through the Department of State. Upon the approval of either of these applications, the investor and his family are granted a two year conditional permanent resident status.

During the two years of conditional permanent resident status, the investor must have the investment made in full (if he has not done so prior to his I-526 application) and hire 10 U.S. workers. Meeting these requirements lifts the conditions set by the US government on the investor for his legal permanent resident status. The capital investment made must create at least 10 jobs for qualified U.S workers; this does not include undocumented workers and nonimmigrant workers (such as H-1B and L-1 visa holders). Employment of the investor and/or his immediate family members does not count towards the 10 U.S workers quota set. Therefore, prior to the end of the investors two years conditional permanent resident status, the investor must hire, or prove that he will hire within a reasonable time, 10 qualified U.S. workers for the commercial enterprise and completely invest the required capital for his commercial enterprise.

A unique way for an investor to obtain his legal permanent resident status through the EB-5 Visa is for him to invest in a Regional Center. Regional Centers are economic entities, either public or private. Entities become Regional Centers through an application process with USCIS and an annual supplemental form to prove continued eligibility. They are designated by the U.S. government to promote economic growth, improve regional productivity, create jobs and increase domestic capital investment. Essentially, by investing in Regional Centers, investors demonstrate that their investment in an approved Regional Center provides for economic growth and will directly or indirectly create jobs through the revenues obtained. It is noted, however, that there is no guarantee that investing through a Regional Center will grant the investor unconditional legal permanent resident status. Despite the investment, it must still be proven that the investor’s money was truly at risk and that at least 10 qualified U.S. workers were hired.